When it comes to America’s Cup all eyes remain on New York Yacht Club or NYYC. They have a history of successes in this cup that stays on as motivation for the current teams as well. This club team has remained undefeated between the period 1851 and 1983. It has also defended this trophy. It is one of the oldest in this sport. It has been 24 times to feat that remained as one of the longest streaks in winning in sports history. 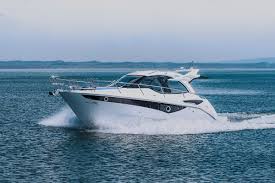 This year they return to the competition after 15 years. This coveted sailing event is scheduled to take place in 2021 next. It would be in Auckland, New Zealand. The team starts training for the event and towards this end they would be competing in TP52 World Championship. This is one of the highlighted events in sailing this year and would also offer the right opportunities for training for America’s Cup.

NYYC would sponsor American Magic in this competition. They would be taking part in a challenger series where defender team New Zealand would also be present. It is now all about the impact this team will have and how it will intensify the competition. The return is important, as states skipper of American Magic, Terry Hutchinson. The event is given more credibility, even for the defending team New Zealand.

One of the most exclusive clubs in the US, New York Yatch Club, Hutchinson got in touch with Dean Barker who has been associated with America’s Cup from the year 1995. Being an experienced sailor of Kiwi origin, it is befitting that he is asked to become helmsman of American Magic. Barker stated that he was excited to be part of the competition again. The new team along with strong design capabilities would develop as a formidable contender for the cup.